Is Kratom Illegal? Everything You Need to Know!

There is no doubt that Kratom is getting popular in the West, especially in North America, and even in Europe. Kratom is relatively new in the US, but the herb is a part of Southeast Asian culture for centuries. Southeast Asia is the native region for the Kratom tree. However, there is also a legal ambiguity around Kratom, so is Kratom illegal? Especially in the US?

Well, the answer is not simple. In the US, when Kratom is legal to sell, in a few states, it is illegal to sell or buy Kratom. So the answer depends on the state, or in some cases, the town or county you live in.

Do you know there are more than 5 million (and increasing) people in the US who buy Kratom on a regular basis (according to American Kratom Association, also known as AKA)? However, as there is still confusion about Kratom’s legality, thousands of people search on Google every month about it.

This is exactly why we will answer the question in detail in the next few sections.

We have already published a detailed article on the topic, what is Kratom, in case you want to learn about the herb in detail. However, if you are new to this fascinating herb, here are some basics.

Kratom is basically a herb that is sourced from Kratom leaf.

Next, you may be wondering, what is so special about it? Why is it getting popular?

Well, the answer is its unique ingredients. These key ingredients include Mitragynine and 7-hydroxymitragynine, which is why the Kratom tree is also called Mitragyna speciosa. The same ingredients are also the reason why some states and countries have banned the herb. However, there is still no concrete scientific evidence against these ingredients.

Kratom is also available in different types, commonly called Kratom strains. For example, if you are sourcing Kratom from Indonesia and Malaysia, you will find a difference in properties for both. If you want to buy Kratom in the US, you can find dozens of different strains available on popular stores like Buy Kratom Bulk USA.

This is not it. You also need to learn and decide about the vein color before buying, which represents the strength of the final product. All the strains are primarily available in three vein colors:

In addition, there are two more secondary vein colors:

The most popular Kratom products among enthusiasts are Kratom capsules, Kratom powder, and Kratom extracts.

In most of the sates, Kratom is legal to sell. However, here is a quick list of states where you can’t sell Kratom:

States Where Kratom is Legal

If you are a resident of these states, you can order or buy Kratom from your nearby smoke or health store, or buy online, no matter the county, town, or city you are living in. In almost all of the above states, there is also no age restriction to buy Kratom.

Next, there are a few states where you can buy Kratom but with some precaution. Here is a list of such states.

When you can buy Kratom in California without any hassle or worrying about any legal issues, it is banned in San Diego. So if you’re in San Diego, it is illegal for you to buy Kratom.

Again, Kratom is legal to buy and sell in Florida, but not in Sarasota country, where it was banned back in 2014. You can also go through our detailed guide on the legal status of Kratom in Florida.

In Illinois, you can buy Kratom only if you are over the age of 18. However, Kratom is banned for all ages in the city of Jerseyville.

You are free to buy Kratom if you are in Mississippi, except for one county, Union, where it is banned.

When Kratom is legal in New Hampshire, you must be over the age of 18 to buy it legally.

In Tennessee, you can only buy Kratom legally if you are over the age of 21.

Is Kratom Legal in Canada? 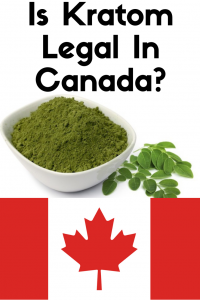 Next, what about Canada? Is Kratom Legal in Canada?

In Canada, Kratom is legal to sell. If you’re in Canada, you can easily find in on smoke stores or online stores.

What About the Rest of the World?

Kratom is legal to sell in most parts of the world. In most of the Asian and African countries, there is simply no information available around Kratom’s legal status. However, there are 18 countries in the world where it is defined as a controlled substance.

Here is the list of countries where you cannot buy Kratom:

Note: In the case of New Zealand, if you have a prescription from the doctor, you can buy Kratom.

In some countries in Europe, like Ireland and Italy, Kratom is legal but there are some cities and towns where it is banned.

Interestingly, Malaysia, Vietnam, and Thailand, where it is banned, have kratom trees growing abundantly throughout their countries.

With more and more awareness about the Kratom, its popularity, and an increasing number of Kratom enthusiasts, there is growing pressure on the US states where Kratom is still illegal. You can find hundreds of support groups and forums, like Reddit Kratom where Kratom buyers run several campaigns to increase awareness about Kratom.

However, the future is still unclear. When there is a pressure from Kratom enthusiasts, there is also ongoing efforts by different regulatory agencies in the country to ban Kratom. Both FDA, as well as DEA, want Kratom banned in the country, even with ever-increase support for this botanical herb.

As kratom grows naturally without any artificial intervention, Kratom is still legal in most of the states in the US and other countries. The legal status around the Kratom is a key topic of an ongoing debate between Kratom enthusiasts and federal drug regulatory agencies.

Back in 2016, DEA announced that it would list Kratom among Schedule 1 drugs, like heroin and ecstasy, but after a much uproar and reaction against the decision, they reverted the decision within a couple of months.

Where to Buy Kratom?

Now that you know Kratom is legal in most of the states, you must be thinking, where to buy it from. Well, again, as there is a lot of fuss around the legal issues, it is difficult to find Kratom in the stores near you. However, Kratom is easily available on the online stores.

In fact, there are hundreds of online stores in North America that can deliver high-quality Kratom strains to your doorstep (provided you live in the state or county where it is legal). Overall, buying Kratom is not much of an issue in the US.

At Buy Kratom Bulk USA, we have the perfect kratom for sale for you. The quality of the herbs we procure, their freshness, and their reasonable prices –

We are sure you now have a detailed answer to the question, is Kratom legal? Kratom is primarily a legal herb all over the world, including the US, other than a few exceptions. In most of the states in the US, you can order or buy Kratom without any worry.

To read many more such informative articles, feel free to visit our kratom blog section.

Is Kratom Legal in Canada