According to Kratom enthusiasts and vendors, red vein Kratom is the most commonly bought Kratom strain. However, if you’re a newcomer to the Kratom universe, you might be unaware of the herb’s origin.

That’s what we’ll be discussing in this article. What is Red Sumatra Kratom? Is it similar to Red Bali Kratom? Who should buy it? When you’re buying Kratom, you should know all these basics as they help you make the right decision.

You’ll find the answer to all your pressing Red Sumatra Kratom questions in this article.

What is Red Sumatra Kratom?

Kratom comes from the leaves of the Mitrangyna speciosa tree. To most people’s surprise, the tree belongs to the coffee family. That’s why Kratom is often sourced from countries that are known for their coffee production.

For centuries, people living in Thailand and Indonesia have been growing and harvesting the herb. While experimenting with the cultivation process, they found different Kratom strains and varieties.

One of them is the Red vein kratom or Red Kratom. As the name indicates, this Kratom appears red in its raw form: thus, it has different physical properties than other features.

While all strains come from the same tree (but often different locations), the difference in Kratom color is due to varying growth periods and harvesting process. The trees may have chemical compounds that impart a distinct color to the leaves.

As for the red Kratom, the veins of the leaves are red. The chemical compounds, namely alkaloids, give Kratom its color. When the leaves get older and mature, they have a higher concentration of key alkaloids, changing the color of the veins to red (from green or white).

If you know anything about Kratom, you’d have noticed that the strains’ names are taken from the country or region of their origin. For example, the red Bali Kratom comes from Indonesia, the green Malay Kratom is from Malaysia, and Thai Kratom comes from Thailand.

Similarly, Red Sumatra Kratom grows in Sumatra, an island in western Indonesia. Sumatra is the largest island that completely falls in the country’s territory. It is famous for growing tobacco, pepper, sugarcane, Kratom, and coffee.

For centuries, the locals grew Kratom as a singular variety. However, soon they discovered new strains and colors. As their cultivation methods improved, they started exporting Kratom all over the world. Today, Sumatra’s identity in the world is Red Sumatra Kratom.

Let’s explain this in simple words. Red Bali forms when Borneo Kratom and Red Sumatra Kratom cross-fertilize. Thus, it has the characteristics and qualities of both strains.

As clear from the name, the Red Bali strain comes from Indonesia, mostly from the thick Indonesian rainforests. However, today, farmers in Malaysia and Thailand are also growing it using similar fertilization methods.

However, most enthusiasts regard Red Sumatra Kratom to be the right choice for beginners. Both strains come from Kratom leaves, while stems are cut off. Although stems have the same color, adding them in the mixture reduces the purity of the final product.

Who Should Buy Red Sumatra Kratom?

Most activists say that if you’re just entering the Kratom world, Red Kratom should be your first purchase. When buying Red Sumatra Kratom for the first time, buy a sample pack or a smaller quantity. To spice things up, you can also buy Kratom in different forms.

You can easily find Kratom capsules at most Kratom stores and local vendors. They are available in different sizes, so you’ll be able to choose the one that seems to go with you.

If you want to eliminate the capsule packaging from the equation, you can opt for Red Sumatra Kratom powder instead. Most vendors allow you to choose the powder quantity to be packaged while others have pre-made packages. Plus, powdered Kratom is readily available at most local and online stores.

Admittedly, Red Sumatra Kratom is one of the most commonly cultivated Kratom strains. So, it’s essential to know where the strain comes from and how it compares to other varieties.

Now that you’re familiar with the Red Sumatra Kratom, you can go ahead and buy it from a trusted online vendor. If you want to learn more about other Kratom strains, you can always find our Kratom blog resourceful. 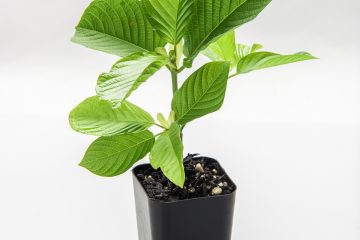