Kratom is a tropical tree that belongs to the coffee plants family, but comes with its own unique set of properties, mostly because of the key active ingredient that is only present in Kratom leaf, Mitragynine. This is why the Kratom tree is called Mitragyna Speciosa.

It is native to the tropical region and produced in Thailand, Indonesia, Vietnam, and Malaysia, the country from where Malay Kratom is sourced. Even though the tree is part of Southeast Asian culture and lifestyle for centuries, it is only recently that the herb is known to the Western world.

What Are Kratom Strains? 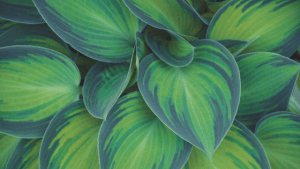 Before we move onto Malay Kratom strains, it is important to first discuss what Kratom strains are and why they are different. As Southeast Asia is a large region, consisting of thousands of islands separated by sea from each other, growing conditions like climate, soil, and other factors can be different.

This is why to buy Kratom, you first need to decide about the strain and vein color, and then the type of product, like Kratom powder, Kratom extracts, or Kratom capsules. To buy, you can either explore your local drug or smoke stores or buy online, which is the most popular option in the US.

What Does the Color Represent?

You may have noticed the color Green before the name, and wondering what does it represent. Well, almost each Kratom strain is available in one to three primary colors, that is, green, white, and red. Some strains are also found in yellow and gold.

So what does these color represents? Well, they represent the color of the veins in the leaf.

In the case of Green Malay, it represents the greener veins, which means younger leaves. However, in the case of Malay Kratom, green is the dominant color, and often the only vein color available for this strain. 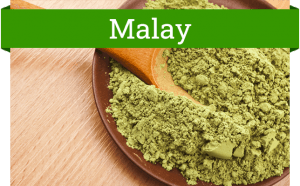 As the name reflects, Malay Kratom products, like Kratom powders, extracts, or Kratom capsules, are sourced from Malaysia. This strain is only native to the Malaysian islands, where it is commonly known as Keetum. As the Kratom tree is native to tropical regions, the warm and tropical weather in and around Malaysia along with nutrition-rich soil offers perfect conditions for healthy growth.

The Kratom trees are usually very green compared to some other strains, while the leaf size for this strain is also above average.

Interestingly, the leaves also remain greener for a longer period of time. This means the veins remain green and only rarely turn white or red. This is why, in most cases, only Green Malay, or Super Green Malay is available for this Kratom strain.

This makes Green Malay unique, as most other stains are available in all primary vein colors, green, white, and red.

Let’s talk some more about our core topic – Green Malay. First, this strain is among the most popular and in-demand Kratom strains. The strain shows much higher resistance to foreign exposure, making it easier to store for a longer time.

Usually, green is a popular vein color for most of the strains as it is sourced from younger plants and a more balanced concentration of alkaloids. In total, there are around 40 alkaloids and flavonoids in Green Malay, with Mitragynine the most dominant alkaloid of all, followed by 7 hydroxymitragynine.

All in all, if there is one strain that offers you a perfect balance of alkaloid and flavonoids, Green Malay Kratom is just right there.

This is the next, more advanced, and better version of Green Malay. It comes with a Super tag because it is sourced from the bigger leaves carefully separated from average-sized leaves. In return, the Super Green Malay comes with a higher concentration of core alkaloids, thus the name, Super.

However, this one is sourced from the same Malay Kratom trees from where Green Malay is sourced. At this point, you must be wondering, so what is the difference?

Well, to prepare Super Green Malay, leaves from only the higher branches of the tree are collected. These leaves are more exposed to the sun, usually bigger in size, and have a higher concentration of alkaloids and flavonoids.

To create Super Green Malay Kratom, modern techniques are used to dry and boil down leaf extracts that produce equal volume compared with other strains even with more and bigger leaves. Thus, offering you a better and enhanced final product.

At Buy Kratom Bulk USA, you can buy Super Green Malay Kratom in both Kratom powder and Kratom capsule form. Even on third-party discussion forums like Reddit Kratom, there are lots of positive reviews about our Super Green Malay.

As mentioned above, Green Malay has a relatively long lifespan, allowing you to order in larger quantities. This is also one of the reasons why Malay Kratom is one of the most popular strains in the world.

However, if you are storing it the wrong way, like in too cold or too hot places, you can end up with a spoiled product. This is why it is important to keep the strain in a dry and dark place, preferably with even temperature. Keep in mind, damp conditions, exposure to light, and too much oxygen are the primary factors that can ruin your Kratom.

This is why try to use airtight jars or plastic bags, instead of leaving Malay Kratom in the open container. This way, you can keep it safe from air, sunlight, and humidity.

Here is our detailed article on how and where to store your kratom correctly?

There is no doubt that Green Malay Kratom is one of the best Kratom strains available out there, due to its unique properties, especially the Super Green Malay version of kratom. It is one of the most in-demand strains, and for all the right reasons.

The preparation of Green Malay Kratom is among the most challenging compared to other strains, and only the most trained and experienced farmers can achieve the accuracy of preparing products like Super Green Malay Kratom. Not only farmers need a perfect size, but the right age and balanced exposure to the sun, to make sure the leaves get the highest concentration of key alkaloids.

This is where Buy Kratom Bulk USA excels. The powder and capsules of Super Green Malay are sourced from only the most popular farms back in Malaysia, known for their highest quality and best practices when harvesting Kratom trees.

For more information on this, read our blog that tells where can you buy kratom of excellent quality in great price!

To put it in simple words, you can call the kratom strain “Green Malay” a superstar among all the other strains. Perfect for first-time buyers and easy to store, the strain is just what you need to get started with Kratom products. Even though it is Green vein strain, but unlike other strains, even the greener version has loads of alkaloids due to its relatively bigger leaves.

To buy, you can explore the Kratom strains section. If you want to learn more about other strains, you can explore our kratom blog. Feel free to drop us a message below, and let us get back to you to answer all of your queries. 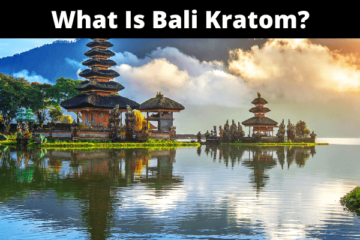 What Is Bali Kratom?

Bali Kratom is one of the most popular strains on Buy Kratom Bulk USA. To cater to the demand, the Kratom strain is available in different colors and product forms. Although the name doesn’t sound too strange as Read more… 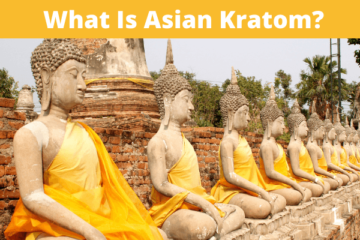 What Is Asia Kratom?

If you buy Kratom for sale regularly, you’ve probably heard of Asia Kratom, haven’t you? Well, most of the Kratom buyers don’t know if this particular strain really exists. The good news is, you can purchase it on Read more…