Wikipedia is the go-to source of information for many of us. After all, it provides us quick facts regarding almost everything. This not only saves time but also saves one a lot of frustration. Just like every new kratom enthusiast, chances are that you looked up for a wiki page too! However, there is one big downside! The data present on an encyclopedia is quite an over-kill for a layman. So, it is very easy to get lost in all that huge chunk of irrelevant information.

If you are a new kratom enthusiast who wants to buy kratom, you would want quick and relevant information.

So, to help you out, we at ‘Buy Kratom Bulk USA’ have penned down a Kratom related Wiki guide for you. In this guide, we put together all the information that a new kratom enthusiast needs to know.

Biologically, kratom is referred to as Mitragyna Speciosa. It is a tree that is grown avidly in Southeast Asia, and some parts of Africa. However, kratom’s cultivation in Africa is scarce and the quality is not good enough for export. Hence, countries such as Myanmar, Malaysia, Thailand, Indonesia, and Papua New Guinea continue to be the prime cultivators of Kratom.

While Kratom is a botanical herb, it is worth noting that Indonesia is the largest exporter of kratom in the world and the US is the biggest importer of it.

The kratom plant is evergreen and grows up to 82 ft in height. At the same time, its trunk diameter can spread around 3 ft or less. Typically, the tree has a straight trunk with a smooth-greyish outer bark.

Based on Kratom related Wiki pages, the Kratom leaf has a glossy and dark green texture. The leaves can grow up to 7.9 inches long and 4.7 inches wide. Often, they feature around 12 to 17 pairs of veins on either end. These veins can have varying colors depending on the kratom leaf’s maturity. For instance, they can be red kratom, green kratom, white kratom, yellow kratom, and golden kratom. Though, the first three colors are more commonly recognized.

These colors are not just physical differences, but they reflect the leaf’s age. The maturity of the leaves itself has a profound impact on the composition of alkaloids. Hence, depending on when the leaves are harvested, farmers can obtain a wide range of kratom with distinct qualities.

With that, leaves belonging to different geographical regions also exhibit different properties. When these leaves are subjected to different post-harvesting treatments, an even wider range of varieties are formed.

Often at times, farmers mix kratom powders belonging to different varieties, in different compositions. This results in blends with unique characteristics. Hence, the world of kratom is vast! And surprisingly, it all starts from the three basic kratom color variations i.e. white vein kratom, red vein kratom, and green vein kratom. Though some rarer colors such as gold and yellow are also preferred sometimes.

On the most basic level, this is what you need to know about Kratom. You would not find such streamlined information on any other kratom related wiki page. 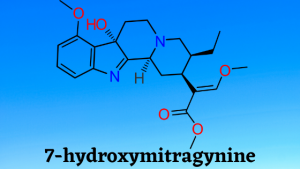 Based on the wiki page, Kratom contains two primary active alkaloids that include Mitragynine and 7-Hydroxymitragynine. Among all the natural substances found in Kratom, these two are present in a significant proportion.

Usually, the concentration of alkaloids in dried kratom leaves is around 0.5% to 1.5%. According to a study, Thai Kratom can contain 66% Mitragynine by weight of total alkaloids. In comparison, Malay Kratom may contain around 12% Mitragynine. On the other hand, 7-hydroxymitragynine constitutes only 2% of the alkaloid content. 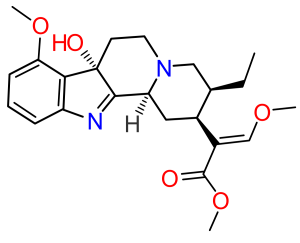 Apart from these two, scientists have been able to isolate 40 more compounds from Kratom leaves. These include 25 more alkaloids, apart from those mentioned above.

Since Kratom has been through a lot of controversies, it is our fundamental right to discuss the legality of kratom. In the US, the DEA guidelines currently do not schedule Kratom and its alkaloids.

For years, government bodies and powerful medical corporations are trying hard to ban this magical herb. For instance, back in August 2016, 7-Hydroxymitragynine and Mitragynine went through emergency scheduling and were classified as schedule 1 substances. As a result of this, possession and sale/purchase of Kratom temporarily became illegal, which greatly hindered research on alkaloids.

However, the DEA and other government bodies received very strong opposition from the administration and public. As many as 51 members from the House of Representatives backed up a resistance letter that was written to the DEA.

The struggles of kratom advocates at that time are quite notable in this regard. Within two months, the DEA had to withdraw its report of intent.

So, is kratom illegal? As of now, Kratom is legal for sale, purchase, and possession in the United States. However, some states put certain limitations.

While the DEA failed to ban kratom, this certainly does not mean that they have given up. Medical businesses are particularly struggling hard to ban kratom, because of their vested interests. Hence, these bodies routinely spread misinformation on various wiki pages, hoping to sabotage the herb’s increasing popularity.

Despite that, the popularity of kratom has been on the rise and it is expected to become legal throughout the United States in the following years. After all, Kratom advocates have no plans to let all the negative propaganda slide.

Kratom is commonly sold in the form of kratom powders, kratom capsules, and kratom extract. However, capsules and powders are more popular among new kratom buyers. On the other hand, some veteran enthusiasts prefer extracts.

Though, it is important to note that kratom extracts are significantly more expensive as compared to powder and capsules. This is because kratom extracts are harder to make, and it takes more than 10 days to prepare a single batch of extracts. Furthermore, extracts have to be made in a very controlled environment to preserve quality and freshness.

In comparison, kratom powders are not very hard to make. However, they do require some technical expertise. For instance, farmers in Indonesia hand-pick the leaves for every batch based on the plant’s maturity. These experienced farmers can take a look at a leaf and guess the kratom strain, its quality, and possible characteristics. This is something that a layman would not be able to do.

How is Kratom Powder Made?

After going through other Kratom related Wiki pages on the internet, we realized that they are not comprehensive enough. For instance, they do not mention the production of kratom powder (the most commonly sold form of kratom).

Once kratom leaves are harvested, they are brought into the drying unit. Various drying processes directly affect the quality of the end product.

For Green Maeng Da Kratom, the leaves are typically dried for a longer period, which results in a complex array of properties. Similarly, some kratom leaves are dried indoors in the dark while others are dried in the sun. With that, particular varieties are dried both indoors and outdoors, to achieve a unique composition.

Once the leaves have been fully dried, the leaves are then crushed using hand-operated machinery and are then passed to industrial grinders. Industrial-grade grinders turn the crushed leaves into a very fine powder.

The powder is then packaged and exported to stores that stock up kratom for sale in the US. Kratom capsules are no different. Usually, a single kratom capsule of a particular strain contains 1 gram of the very same kratom powder. However, in comparison to kratom powder, the capsules tend to be slightly more expensive due to the extra cost of capsule shells.

Typically, for kratom powder, the industry-standard price is $20 per 100 grams. Many well-reputed stores such as ‘Buy Kratom Bulk USA’ have their prices fully aligned with the industrial standard.

However, several other stores often try to charge higher than usual. One purpose of this kratom related wiki guide is to help you in staying safe from such scams.

Where to Buy Kratom From?

We conclude this article with some buying tips. As a precaution, never buy kratom from third-party vendors or local smoke shops. These store owners often have no clue about kratom and them stock-up powders that have aged beyond their prime.

Many of these products are not even labeled, and hence, nobody can figure out what type of strain they are buying. Furthermore, these shops also tend to sell low quality kratom products at higher prices.

Instead, we suggest you buy from a reputed wholesale store that directly imports kratom from high-end farms in Southeast Asia. One such store is ‘Buy Kratom Bulk USA’.

Apart from having a large variety of kratom powders and capsules, we also specialize in selling kratom in bulk. So, if you are planning to buy Kratom bulk, feel free to scroll through the extensive catalog on our website.

We hope that this kratom related wiki guide has provided valuable information to you. To learn more about kratom and different kratom brands, take a look at other posts on our kratom blog.