How to Travel With Kratom

When it comes to traveling with kratom, people are often confused when taking kratom on a plane to fly domestically or overseas The reason? Because US kratom laws are not the same in every state in the US, and kratom laws differ between various countries around the world. Before taking kratom through an airport, many people often wonder Where is kratom illegal? Kratom is illegal in six states in the US, and 18 countries in the world.

So, if you’re wondering how to take kratom into another country, you’re in the right mindset because it’s best to avoid surprise legal troubles. You might also wonder what are the risks of taking kratom with you when you travel? 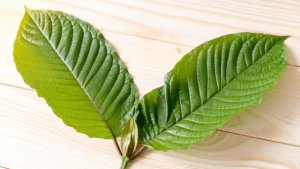 It is really important to learn how to carry kratom on a plane or in a car when you are traveling to a different state or country. All too often, people take kratom with them to a new state or country without thinking, only to find themselves facing some stressful legal charges.

The fact that there is no clear federal law in the US about how to carry kratom outside the country or within it only adds to the confusion.

To discover the best way to travel with kratom, keep reading.

Kratom Legality in the US

Kratom is illegal in six US states, as well as some counties. Since there are no federal kratom laws, individual states can choose to ban kratom, regulate it, or keep it legal. This makes it confusing for people who want to know how to carry kratom from one state to another.

In the United States, kratom is illegal in the following states:

Keep in mind that kratom is also illegal in some US counties. You want to inform yourself on the counties where kratom is banned before you bring kratom with you while passing through a new state.

At the moment, kratom is illegal in the following counties:

At the moment, these are the states and counties where kratom is illegal (2021). That being said, kratom state laws change quite frequently. Some states, such as Tennessee, have banned kratom only to make it legal later on. Other states, such as Georgia, banned kratom and then changed their minds to make it legal. In 2019, Georgia passed House Bill 551, which regulates kratom according to the Kratom Consumer Protection Act (KCPA). Now that kratom is legal and regulated in Georgia, it’s likely that the state will keep kratom legal for the foreseeable future.

This is why kratom advocacy groups like the American Kratom Association (AKA) are urging states that have banned kratom as well as states where kratom is legal to regulate the herb by passing a state law based on the KCPA. If kratom is regulated, it makes it safer for customers to know that they’re buying products that are 100% pure Mitragyna speciosa without adulteration or contamination.

Can You Take Kratom on a Plane in the US?

If you are traveling with kratom in your possession, no matter the type (like kratom capsules or kratom powder) in a state or county where kratom is illegal,  you can face legal action if caught, even felony charges in some states. Sometimes people get pulled over while driving through states that have banned kratom. Even speeding or running a red light can mean your car gets searched—and if the cops find kratom on you in such a state, you could end up facing the same felony charges for carrying the herbal supplement as you would if you had a Schedule I drug in your possession.

If you are traveling through a state where kratom is illegal, it’s best to avoid bringing kratom through that state. Instead, you can order kratom online from authentic stores like Buy Bulk Kratom USA that can ship it to your destination within 24 hours. Don’t take a risk, play safe.

How to Take Kratom into Another Country

Let’s move on to the next section, what about when you want to travel outside of the US with kratom. Well, it’s a good idea in the first place to research the laws in that country before you go—but make sure to search specifically for kratom laws in different countries. You may be able to find an answer in Kratom Reddit threads from someone who has lived in that country or traveled there before. Make sure to know which country your stopover or layaway is in when boarding your flight connection. You don’t want to get arrested in a country that you’re only in for a few hours.

You can learn more about the subject in one of our previous posts, Is Kratom illegal?. However, here is a quick list of countries where kratom is banned.

Some countries where kratom is illegal:

If you are traveling to any of these countries, you can’t carry kratom with you. If you’re traveling to any other country, you should research its kratom laws to double-check. We also recommend asking the customs desk about how to carry kratom into that particular country. As kratom’s legal status in some countries is still not clear, it is better to practice caution.

Can I Carry Kratom to Mexico? 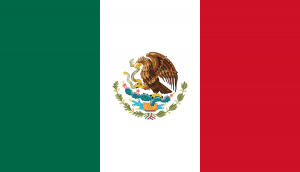 We gave Mexico’s kratom laws a dedicated section due to the fact that the most common question by American kratom enthusiasts is “can I travel with kratom to Mexico?” Well, the answer is simple—yes, you can take kratom to Mexico without any issue as there are no Mexican laws banning kratom whatsoever.

What about the reverse? Can you bring kratom from Mexico back into the US? As long as you are not entering into a state where kratom is banned, you are fine and can travel with kratom when returning to the United States.

Final Tips for Traveling with Kratom

We hope now you have an understanding of taking kratom into another country or taking kratom on a plane. It all depends on the country or state you are traveling to, although there are many countries where kratom is a legal grey area.

In the US, instead of bringing kratom to a connecting flight in a state where kratom is illegal—or driving with kratom through a state where it’s banned—you can buy kratom online for one-day shipping and have it delivered at your destination when you get there. It is a safer option, and you can often very fast shipping on kratom orders.

Keep in mind that while kratom has been used for millennia traditionally in Southeast Asia, kratom is relatively new to the United States, so there’s a good chance the TSA officer might not be familiar with it. In case they ask “what is kratom?” you’ll want to understand the definition of kratom and kratom laws. You may want to keep kratom in its original packaging and explain what it is with honesty and preferably facts to back it up.

In case you want to learn more about kratom and all the legal fuss around it, give our Kratom Blog a read. Bon voyage!