The popularity of kratom is rising every day, particularly due to the unmatched struggle for normalization by kratom advocates. With that, recent scientific and academic research on this previously mysterious herb has improved overall awareness. Still, obtaining good quality kratom is hard. This is because the kratom marketplace is largely unregulated, which allows many unreliable vendors to operate their businesses.

Though, a handful of highly reliable stores such as ‘Buy Kratom Bulk USA’ are dealing in different genuine kratom types imported from Southeast Asia.

The Origins of Kratom

Kratom is reportedly known to mankind for centuries. Tribal communities native to Southeast Asia have been harvesting it for hundreds of years. Historically, Kratom harvesting was a lucrative job for farmers and field workers in this region.

However, there is a lack of recorded history about Kratom. Hence, nobody is certain about when humans discovered kratom. However, the modern world learned about it in 1836 due to the efforts of a Dutch botanist named Pieter Korthals.

While working with the East India Company, Pieter observed that locals in Malaysia had a very keen interest in the harvesting of a particular type of leaf. Hence, he ended up being the first person to introduce the kratom plant to the modern world. The plant was then officially termed as ‘Mitragyna speciosa’ almost 20 years later in 1859. This is what we still call it to this day.

By now, Kratom was discovered. But it became more mainstream due to the efforts of L. Wray, and I. H. Burkill. After learning about the popularity of Kratom among the Malaysian locals, L. Wray sent some samples to the University of Edinburgh. This is where the first proper research and experimentation on Kratom was conducted, which resulted in the successful isolation of strains.

Later on, more kratom strains and types were identified in 1921. Further research was conducted by I. H. Burkill in 1930 which led to the identification of even more properties of this newly discovered herb.

How Many Types Are There?

Generally, there are three different types of plant kratom. These include the red vein kratom, white vein kratom, and green vein kratom. However, these three types are further divided into several sub-types (varieties). These varieties carry distinct properties that are achieved by mixing the three basic types in different proportions.

These types are also referred to as strains. Every kratom strain will thrive best in a varying set of conditions. On the most basic level, this division of kratom leaves is based on the actual color of veins on the leaf. All three colors tend to have a different composition of alkaloids. Furthermore, all three differ in their way of processing and preparation.

Before moving on to the sub-types, let us briefly discuss the three basic types.

Red vein kratom features red veins and stems. This happens to be the most popular strain. This is partly because it is grown more abundantly in Southeast Asian countries and is also more persistent. Furthermore, some research has suggested that red vein kratom possesses certain substances that allow the plant to survive harsh environmental conditions. However, red vein kratom strains further depict significant differences in their properties.

Red vein kratom leaves are harvested when the leaves have fully matured. After that, the leaves are processed under the sunlight (drying process).

Sometimes, rare types may be made by fermenting the red kratom leaves after drying. This produces the Bentuangie Kratom, a variation of red kratom with altogether different properties and a different alkaloid composition.

White vein kratom is typically harvested when the leaves of the kratom plant are younger. As a result of this, the veins appear to be white. Typically, these leaves are dried up indoors without the presence of light.

A big number of kratom connoisseurs prefer white vein-type due to its distinct properties and alkaloid characteristics. The most popular sub-types of white vein kratom include the Borneo kratom, Sumatra kratom, and Horn kratom.

Among all kratom types, the green vein kratom leaves are the youngest ones. They are typically harvested even before white vein kratom. By this point, the tree has not usually matured enough. As a result of this, the veins appear to be darker in color.

After harvesting, green vein kratom leaves are dried indoors in an air-conditioned container. Later on, towards the end of the drying process, the leaves are transferred outdoors.

After that, they are crushed and ground using an industrial grinder, to achieve a very fine powdered state.

The most common types in this category include the Horn kratom, Malay kratom, Indo kratom, and Bali kratom.

What are The Other Types And Varieties of Kratom?

There is an endless range of kratom for sale out there. The previously mentioned three types are further used to create several dozen varieties. Each variety has distinct properties and a different concentration of alkaloids present in it.

Some of these types are named after the region that they belong to. For instance, Thai kratom, Indo kratom, and Borneo kratom come from Thailand, Indonesia, and Borneo respectively.

These types of kratom include:

Furthermore, it is marketed as all three color varieties. This kratom strain is highly sought-after for being sourced exclusively from the very mature Mitragyna Speciosa leaves.

Indo kratom is native to Indonesia. This kratom can also be white, red, or green and sometimes, a combination of these. In general, Indo kratom has a considerably less concentration of alkaloids in comparison to kratom belonging to other regions.

What Form is Kratom Sold In? 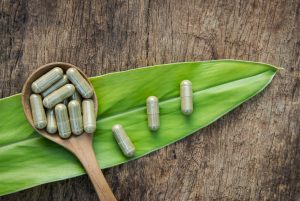 Stores that specifically deal with kratom products will offer kratom in various forms. Though, capsules and tablets are considered to be the most popular forms. So, before you buy kratom, consider the form that will be the most reliable for you.

Apart from this is also sold in the form of tinctures, extracts, gum, and tea. This makes kratom extremely accessible for everybody, depending on their personal preferences.

Where to Get Kratom from?

Well, a big number of lowly reputed businesses claim to be selling genuine products these days. However, these businesses often fail to offer the quality that they have promised. On the other hand, ‘Buy Kratom Bulk USA’ provides kratom products of consistently high quality.

Furthermore, local vendors are also never sure about the expiry dates of their products. So, local vendors sometimes try to sell expired goods to customers who have no prior experience.

Lastly, products that local vendors are selling often do not have a packaging label on them. Hence, one can’t figure out the ingredients that have been added.

In case a local vendor is trying to sell you a kratom product for dirt cheap, then know that the product will probably not be of good quality. It is a common practice of unreliable local vendors to buy products in bulk and then to sell them at a profit. However, in the case of kratom, if it stays on the shelf for too long, it loses all its freshness and quality.

To get the best customer experience, we suggest you buy kratom from ‘Buy Kratom Bulk USA’ only.

Why buy from us? Well, simply because we are a highly reputed store that deals in all kratom types. We also have a wide range of strains imported from different countries. With that, we also ensure not to compromise on the quality. So, our kratom products are guaranteed to be genuine.

So what are you waiting for? Place an order today! If you want to know more about kratom or anything related to kratom, we highly recommend that you visit our kratom blog section. It is a very happening place and you’re sure to find tons of useful information such as where to buy best kratom or how to buy kratom of best quality.