Kratom has become a hot topic worldwide, and every Kratom enthusiast wants to know the answer to whether the Kratom ban has been lifted or not. The thing is, there is no simple answer to that as Kratom holds different legal statuses in different areas of the world. This is because many pharmaceutical companies view Kratom as their competitor and have been making constant efforts to enforce a Kratom ban in the US. However, their efforts seem to have gone to waste as Kratom continues to grow in popularity throughout the world. The possibility of the Kratom ban lifted looks very likely. Keep reading this article to learn more about the current legal status of Kratom and its effects on the US and Indonesian economies. But first, let’s start with some basic information about Kratom.

If you want to buy Kratom, it is beneficial to learn some basics about it. This mysterious herb is obtained from the Kratom tree, which originates in the Southeast Asian regions of Indonesia, Malaysia, and Thailand. The scientific name given to this tree is ‘Mitragyna speciosa,’ The leaves of the Kratom tree hold the fascinating alkaloids known as mitragynine and 7-hydroxymitragynine. These two alkaloids are what make Kratom appealing to enthusiasts all over the world! However, a few states in the US have banned Kratom because of these two alkaloids. The Kratom leaf is found in three Kratom colors which are: 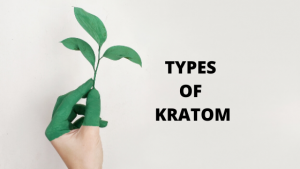 There is so much misleading information available regarding the legal status of Kratom that no Kratom enthusiast is sure if the Kratom ban lifted or not! Let us answer this question once and for all. In the US, the DEA announced in 2016 that it was going to schedule Kratom as a prohibited substance, which would mean that nobody in the US could possess, buy, or sell Kratom products in the US. This DEA announcement was met by immense criticism from Kratom supporters as well as the scientific community as no one wanted the research on this magical herb to stop. In order to get the Kratom ban lifted, there was an immense backlash from the community as well as Congress members, which led the DEA to reverse their decision. That being said, there are still a few states that do not allow Kratom to be sold. They are: 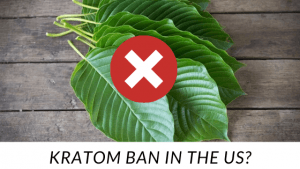 Apart from these states, Kratom for sale is available all over the US in different forms, such as Kratom capsules and Kratom powders. However, there are a few states such as Tennessee, New Hampshire, and Illinois where you have to be of a certain age limit to purchase Kratom.

If you are looking for more information regarding kratom ban in the US States, you can read our blog posts about kratom ban.

Since Kratom originated in Southeast Asia, those countries have long been acquainted with Kratom. Indonesia currently supplies 95% of the world’s Kratom; however, most Southeast Asian governments have chosen to ban Kratom and only grow and export it. In other areas of the world, Kratom is still a new finding, and most states of Asian and African countries have no laws regarding Kratom as of yet. However, with the Kratom ban lifted in the US, this fascinating herb will only grow in popularity. Many more countries will begin to follow the same guidelines the US has adopted regarding Kratom.

Benefits to US Economy of Lifting Kratom Ban

Many Kratom enthusiasts in the US wonder how the Kratom ban lifted will affect the US economy. First, let’s consider that most of the Indonesian supply of Kratom is purchased by the US. And where does this Kratom go? On the shelves of thousands of Kratom vendors in the US who are looking to provide top-quality Kratom strains to their customers! With the Kratom ban lifted, these vendors will be able to generate an estimated yearly revenue of more than $1 billion! And if the rest of the states join the legal Kratom bandwagon, just imagine what heights this figure could reach! If a nationwide ban was imposed on the sale of Kratom, these thousands of vendors would become jobless, which would lead to unemployment rising massively. Furthermore, that $1 billion revenue would no longer exist. So, having the Kratom ban lifted is profitable for everyone in the US.

As mentioned earlier, Indonesia supplies 95% of the world’s Kratom. So, imagine how big of a role Kratom plays in the Indonesian economy! Indonesia’s total exports are valued at $180 billion, whereas their total imports are estimated to value $188 billion. Because of this, every single dollar of exports matters to their economy. Furthermore, many farmers in Indonesia have made a decent living farming Kratom and providing it to US vendors for sale. To ensure the quality standards that the US requires, the Indonesian government has even helped its farmers install state-of-the-art machines to grow and harvest their Kratom.

Where to Buy Kratom?

Having the Kratom ban lifted is beneficial to all economies and Kratom enthusiasts as this mysterious herb has a lot of fascinating properties! It will lead to a source of income for various farmers and shop owners all over the world. If you are looking to purchase authentic Kratom, we recommend that you visit our website, Buy Kratom Bulk USA, and enjoy the vast number of strains we have available for you.

To learn more about Kratom and its mysteries, visit our Kratom blog section.

If finding high-quality Kratom strains looks difficult, you should try Buy Kratom Bulk USA, one of the leading US-based Kratom vendors online. We deal in a wide range of Kratom strains, rare and popular, in Read more…