Given that the internet is full of drug test myths and kratom misinformation, people often struggle to find a straightforward answer to whether or not kratom shows up on a drug test.

Although kratom is legal in all but six US states, some plants and herbal products can cause a false positive on a drug test, which causes some people to worry about how to handle such a situation.

After all, not all doctors are aware that poppy seeds can lead to a false-positive test result, which could make it stressful for the drug test recipient themselves to understand the cause. So, what information would provide your best defense for a false positive drug test resulting from kratom?

First off, will kratom even make you fail a drug test? If so, what kinds of drug tests detect kratom?

Most drug tests do not detect kratom. In fact, for a standard 5-panel drug test for a job, you’re better off avoiding poppy seeds over kratom.

Just how many poppyseeds would it take to fail a drug test?”

You might be surprised that eating just two poppy seed bagels could produce an opiate level around 500ng/ml three hours later. If you put three tablespoons of raw poppy seeds in a smoothie, you could have an opiate level of up to 1200 ng/ml, which could cause a false positive in both a urine drug test and a mouth swab drug test—and could cause a false positive in an at-home drug test.

Of course, the likelihood of getting a false positive for morphine or codeine from poppy seeds is contingent on multiple variables. The climate and country where the seeds were grown, the manufacturing process the seeds underwent, and the degree of cooking can all affect the poppyseed’s likelihood of triggering a false positive. Other factors include the individual’s metabolism or the type of drug test.

Similarly, the answer to “Will kratom show up in a drug test?” also depends on numerous variables and types of drug tests. Let’s get into it.

Currently, the most common drug testing methods—saliva tests, 5-panel tests, blood tests, and hair follicle tests are not typically used to detect kratom or its alkaloids/metabolites, but that doesn’t mean that kratom won’t show up or have a false positive. Generally, these tests are used to detect illegal substances.

The most common drugs screened for in drug tests include:

Tests may also screen for the following drugs:

Typically, for kratom to show up on a drug test, it must be specifically tested for. Let’s take a closer look at some of the drug tests that may detect kratom.

Urine testing is one of the most common drug tests in the US due to its convenience and relative affordability. It’s not uncommon to encounter possible false positives in urine tests, although whether or not you get a false positive will vary significantly from individual to individual.

Here are some substances that can commonly cause false positives in urine drug tests:

If you live in a state where kratom is legal, it’s not a big deal if kratom does show up on a 10-panel drug test, unless it happens to come up as a false positive for an opiate that you don’t have a prescription for. Once you contest the false positive drug test results, you will most likely be re-tested using additional analytical methods, including gas chromatography-mass spectrometry.

In 2010, a study looked at a relatively new form of kratom detection—Liquid chromatography (tandem mass spectrometry). This kratom detection method is a form of solid-phase extraction testing, which utilizes chromatography-UV testing to uncover the presence of mitragynine, one of kratom’s alkaloids. Mass spectrometry has been used to test for different alkaloids of kratom, of which there are over 40.

Although it had limits, the study found this kratom testing method to be “accurate and precise for the quantitative analysis of mitragynine in human and rat plasma.” Variations in the detection of orally administered kratom were said to be due to poor bioavailability.

If there were ever a federal kratom ban in the US, it’s more likely that places would use a liquid chromatography test to detect kratom. Currently, it’s unlikely that you will encounter this test for kratom unless you’re participating in a research trial (although clinical kratom studies are rare), or you’re being toxicology tested.

In general, research from clinical studies on the pharmacokinetics of kratom in humans is severely lacking, and animal data from other kratom studies cannot be directly applied to humans.

Can Kratom Show Up in Drug Tests as a False Positive?

A 2020 study from the American Journal of Clinical Pathology suggested that a kratom metabolite may cause false-positive for Methadone (EDDP) in the Thermo Scientific CEDIA method of detecting the presence of drugs and their metabolites and other substances in the blood, urine, and oral fluids. Methadone is a synthetic opioid known for its use in pain management and opioid addiction therapy.

According to methadone-specific EIA testing, many common drugs and supplements may cause a false positive. These include quetiapine, doxylamine, verapamil, and diphenhydramine. Even if kratom does cause a false positive drug test result for methadone, further tests should be conducted to reassess the reading.

Can Kratom Make You Fail a Drug Test? The Risk of Adulterated Kratom Products

Although natural Mitragyna speciosa may be able to trigger a false positive for methadone or other opiates on a drug test, there is also a risk that contaminated or adulterated kratom could make you fail a drug test. If the kratom you’re buying has been exposed to other drugs, or even worse—tampered with intentionally by an illegitimate vendor—you could get flagged for that drug.

Because the FDA does not regulate kratom (or approve of kratom for any use), the quality of kratom products can vary from vendor to vendor. Ideally, if you want to buy kratom, look for reputable vendors who lab test their kratom products and share them with the public. This is the best way to know what’s in the kratom you’re buying—including its alkaloid content.

Otherwise, if you buy kratom from a headshop, gas station, or another place that doesn’t commit to certain quality control standards—you could be buying contaminated or adulterated kratom.

According to a Kratom Reddit forum, r/probation, a common question is “does kratom show up on a drug probation test?” and the responses are varied, especially in different posts. Some say that their probation officers test for kratom. Others say that kratom didn’t show up on a drug probation test. More concerningly, ​​some people have wondered if they’ve purchased contaminated kratom after getting a positive result for a drug that isn’t typically a false positive for kratom. Others found that they had more false positives for concentrated liquid kratom shots.

Back in the 90s, drug tests were more susceptible to false positives from things like poppy seeds. As researchers discover more about different plant products, more sophisticated drug tests can be developed.

Only recently, it was discovered that poppy seeds lack a unique molecular ingredient in heroin called ATM45, a glucuronide metabolite. According to researchers at King’s College, ATM45 is said to appear in heroin users’ urine but not poppyseed eaters’.

This new research may be used to develop a commercial drug test soon that could help prevent people from getting false-positive results. Perhaps a similar discovery could one day be used to advance kratom detection to one day alleviate kratom enthusiasts’ fears.

If you live in a state where kratom is legal, and you don’t have any specific requirements from a doctor not to take kratom, you shouldn’t worry too much about kratom and drug tests. Kratom, like many other substances, may cause a false positive for a urine test or possibly other types of drug tests.

When that happens, stay calm and be honest about what kratom you may have consumed and where it came from. To reduce your risk of purchasing adulterated kratom, steer clear from headshop kratom brands and opt for kratom vendors that adhere to good manufacturing standards, legal requirements for marketing kratom, lab tests, and overall consumer transparency.

If you want to buy kratom from a reputable vendor, we at Buy Kratom Bulk USA lab-test our kratom and source it directly from farmers in Indonesia. We offer natural kratom capsules and kratom powders for sale.

Given that the internet is full of drug test myths and kratom misinformation, people often struggle to find a straightforward answer to whether or not kratom shows up on a drug test.

Although kratom is legal in all but six US states, some plants and herbal products can cause a false positive on a drug test, which causes some people to worry about how to handle such a situation.

After all, not all doctors are aware that poppy seeds can lead to a false-positive test result, which could make it stressful for the drug test recipient themselves to understand the cause. So, what information would provide your best defense for a false positive drug test resulting from kratom?

First off, will kratom even make you fail a drug test? If so, what kinds of drug tests detect kratom? 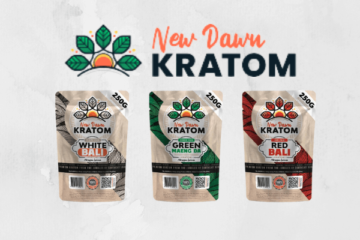 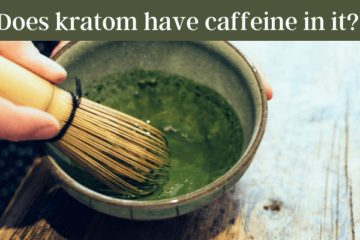